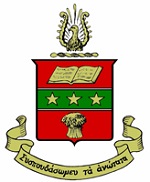 Date Founded  October 15, 1885 at DePauw University in Greencastle, IN

Famous Alumnae
Dr. Condoleezza Rice - second female and first African American US Secretary of State
Alyson Hannigan - actress in How I Met Your Mother and Buffy the Vampire Slayer
Wally Funk - First female FAA and NTSB inspector, one of the Mercury 13, oldest woman in space as of July, 2021
Hannah Brown - reality TV star most known for The Bachelorette and her appearance in The Bachelor, and went on to become a Dancing with the Stars champion
Agnes Nixon - American TV writer and producer and creator of the ABC soap operas One Life to Live and All My children, rated in the top 10 best soap operas of all time.

Fun Fact  The "It's On Us" national campus campaign against sexual assault was brought to the University of Arkansas by a former Alpha Chi Omega, Delta Rho Chapter president.  Each year, Greek Life hosts an "It's On Us" week to open up the conversation on sexual violence - all thanks to one brave and passionate Alpha Chi Omega sister.